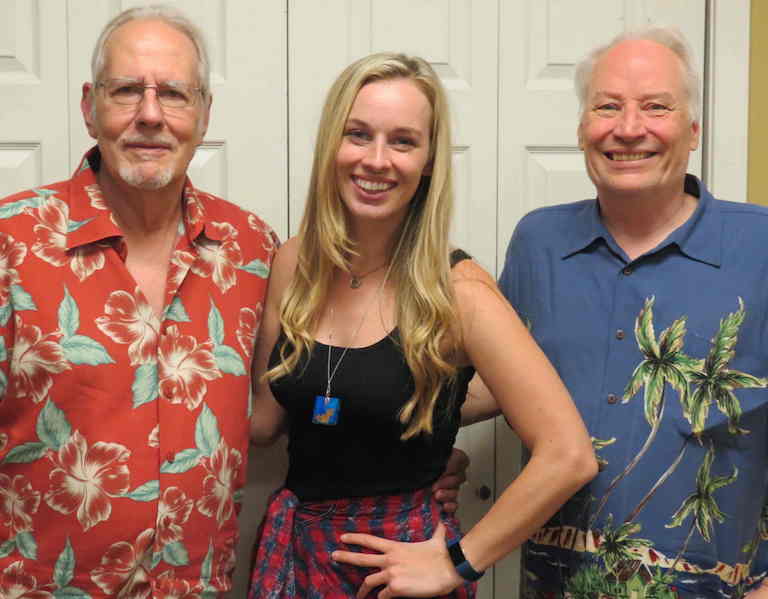 Thorne Dreyer's guests on Rag Radio are Joe R. Lansdale, multi-genre novelist perhaps best known for his Hap and Leonard series of dark, ironic mysteries, and Joe's daughter, Kasey Lansdale, a singer-songwriter and author. The father-daughter team recently released a collaborative short story collection, Terror is Our Business: Dana Roberts' Casebook of Horrors. Joe Lansdale has authored more than 80 novels, short story collections, comic book adaptations, and graphic novels, many in the horror, mystery, and thriller genres. Several of his books have been adapted for film and television, including the Hap and Leonard series developed at the Sundance channel but also streaming on Netflix, and the 2014 film, Cold in July, starring Michael C. Hall, Sam Shepard, and Don Johnson. Cold in July had limited theatrical release and is currently streaming on Netflix. Lansdale lives in Nacogdoches, Texas, and much of his work, which is often set in East Texas, has anti-racist and social justice themes. Joe is also a martial arts instructor and is a member of the U.S. and international Martial Arts Hall of Fame. Photo above: Thorne Dreyer, from left, Kasey Landale, and Joe R. Lansdale. Photo by Roger Baker / Rag Radio.
Rag Radio is produced in the studios of KOOP 91.7-FM, an all-volunteer, cooperatively-run, solar powered community radio station in Austin, Texas, in association with The Rag Blog and the New Journalism Project, a Texas 501(c)(3) nonprofit. It is streamed live on the Internet at KOOP.org and Radio Free America. The host and producer of Rag Radio, Thorne Dreyer, is a prominent Austin-based activist and writer who was a pioneer of the ’60s underground press movement. The show’s engineer and co-producer is Tracey Schulz and the staff photographer is Roger Baker; Suzy Shelor is Rag Radio associate; Alice Embree is guest host; and Glenn Smith is our political analyst. The syndicated show is broadcast (and streamed) live Fridays, 2-3 p.m. Central) on KOOP, and is later rebroadcast and streamed on WFTE-FM in Mt. Cobb and Scranton, PA., on Houston Pacifica's KPFT HD-3 90.1, by KKRN, 88.5-FM in Round Mountain, CA, and at WALHRadio.com in Wilmington, OH -- and as a featured podcast at Veterans Today. Learn more about Rag Radio here.